it’s been a long & windy road in my art filled life.

for quite a while i found myself emmersed in the crafts industry — which was a great place to be, but not necessarily exactly where my heart longed to reside. i’m not complaining at all — just sort of setting the scene for these pieces i’m sharing today.

i’ve had LOADS of desires about which types of art i want to make & one of them is working on recycled substrates! so here are 3 pieces i experimented on with all the things I love…

punching holes in the substrates (which are recyled cardboard pieces btw!) using vintage ephemera as pieces of collage, working paint & mark making. love it all! enjoy some photos of my current works :) 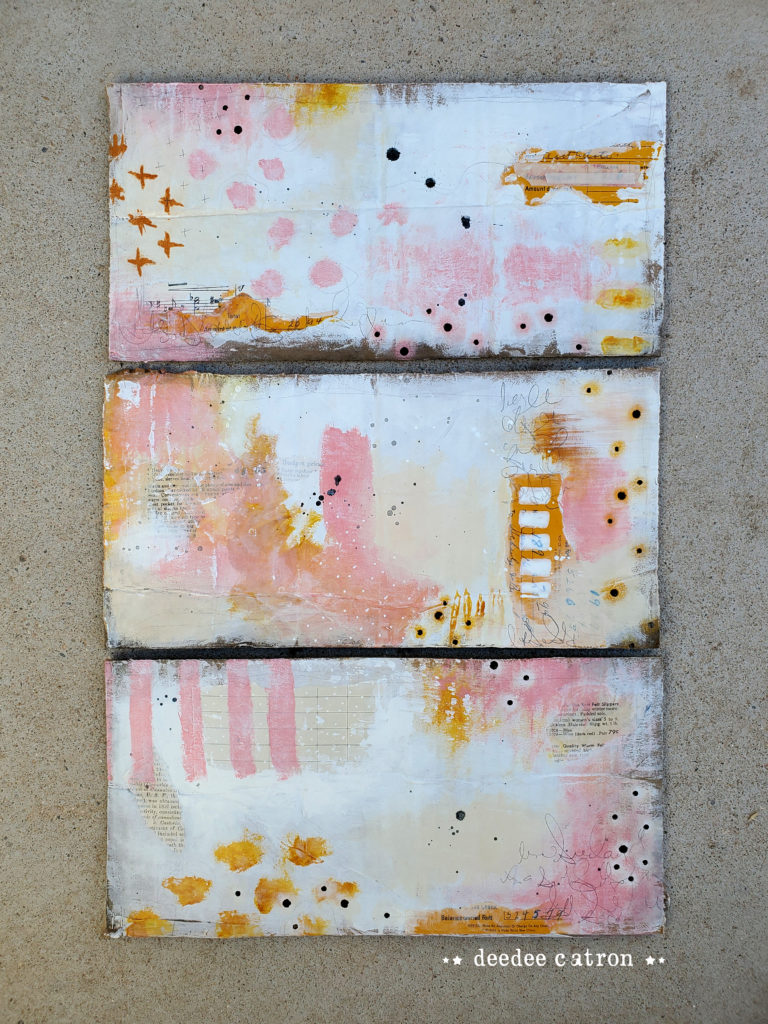 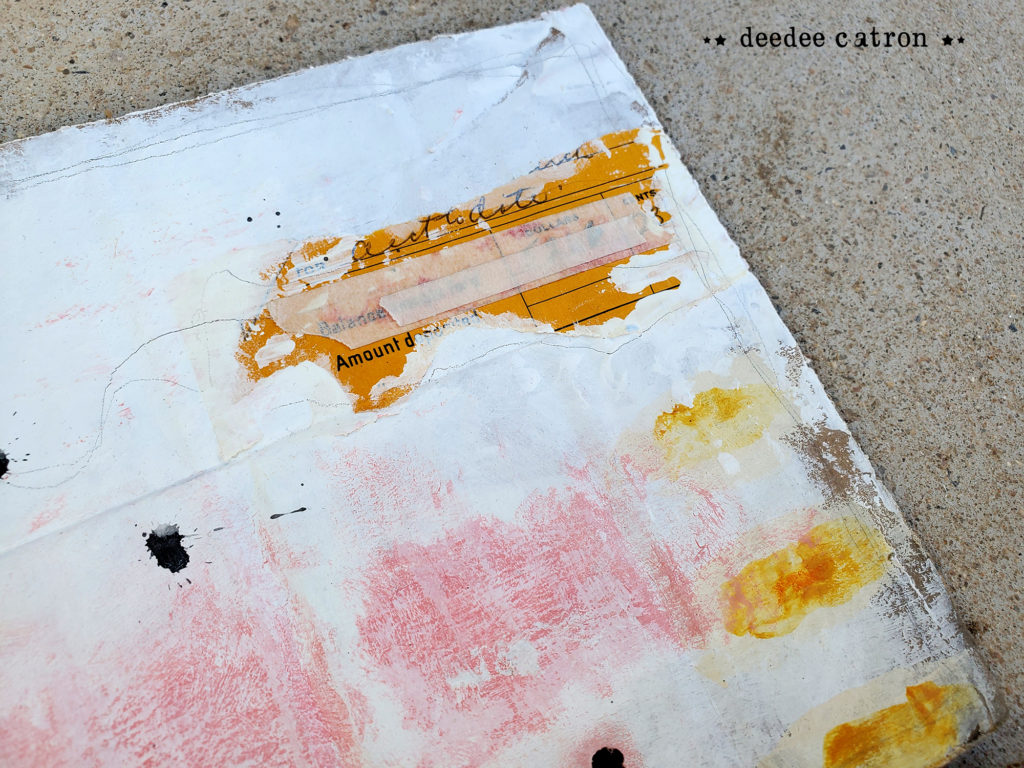 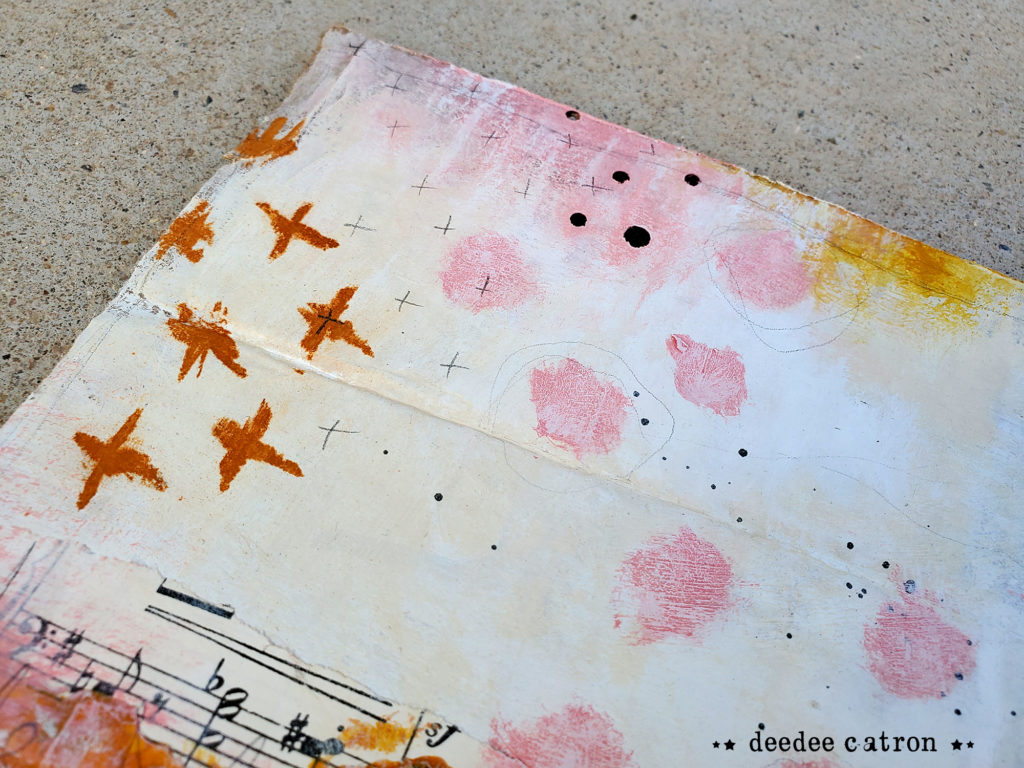 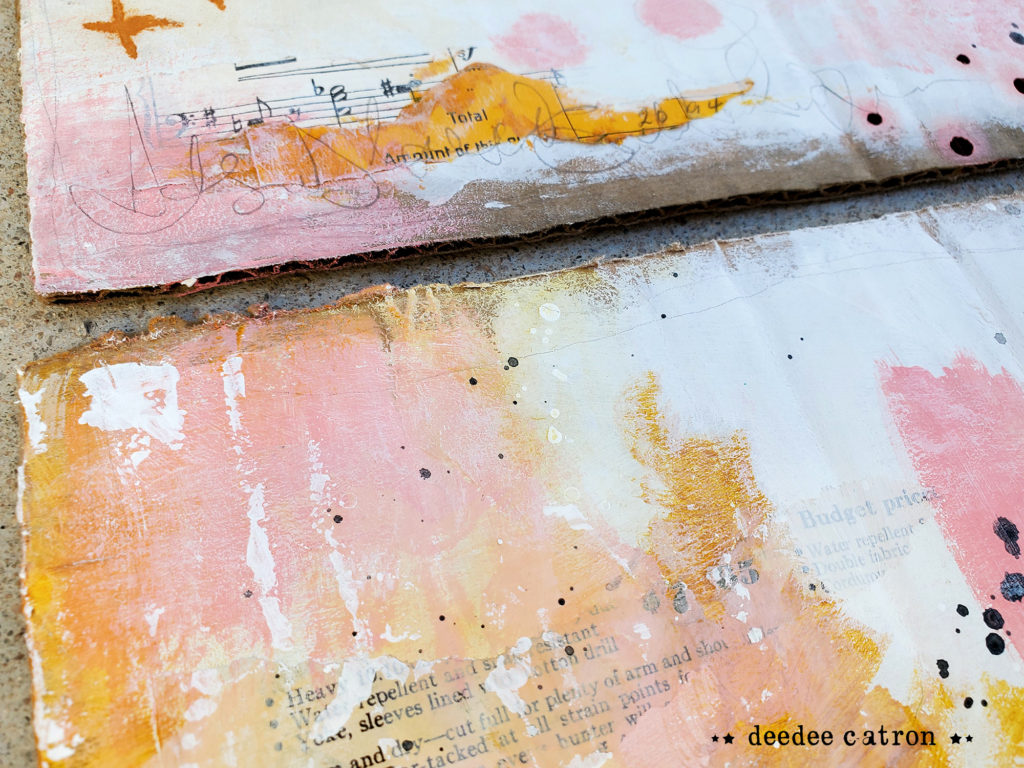 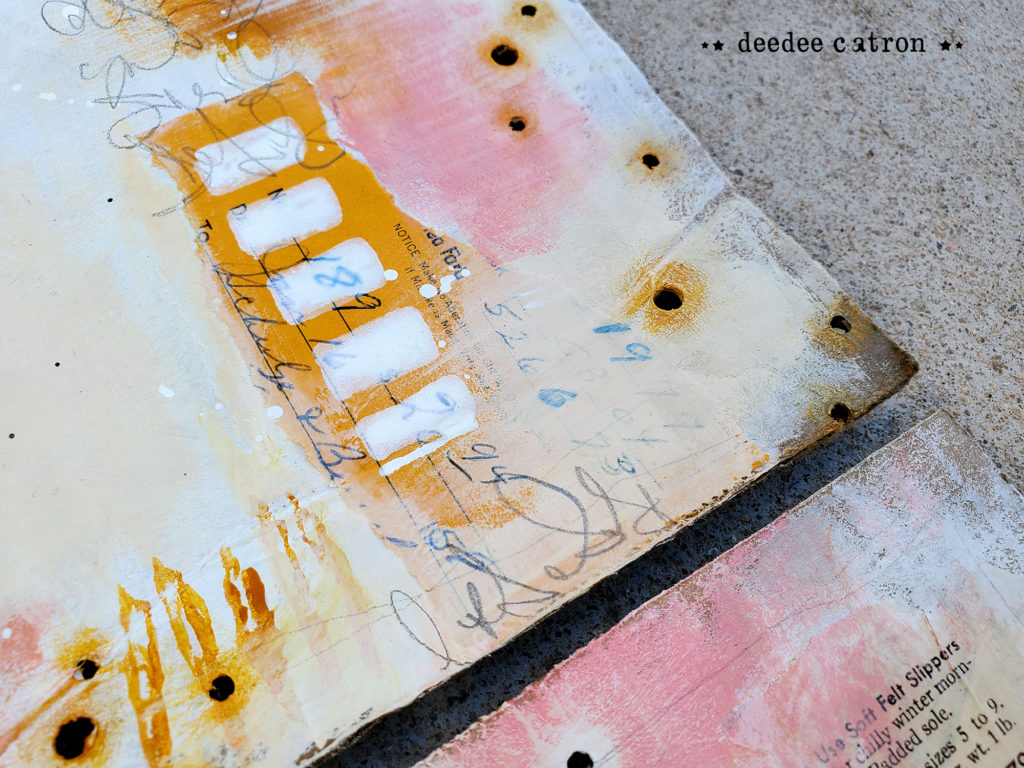 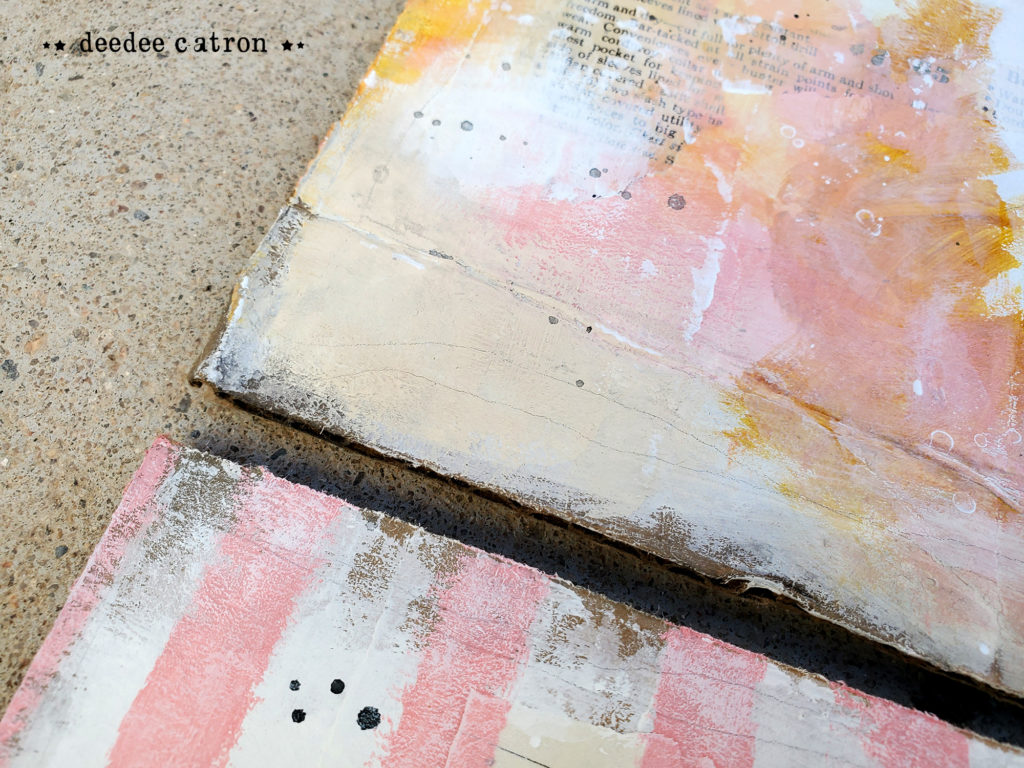 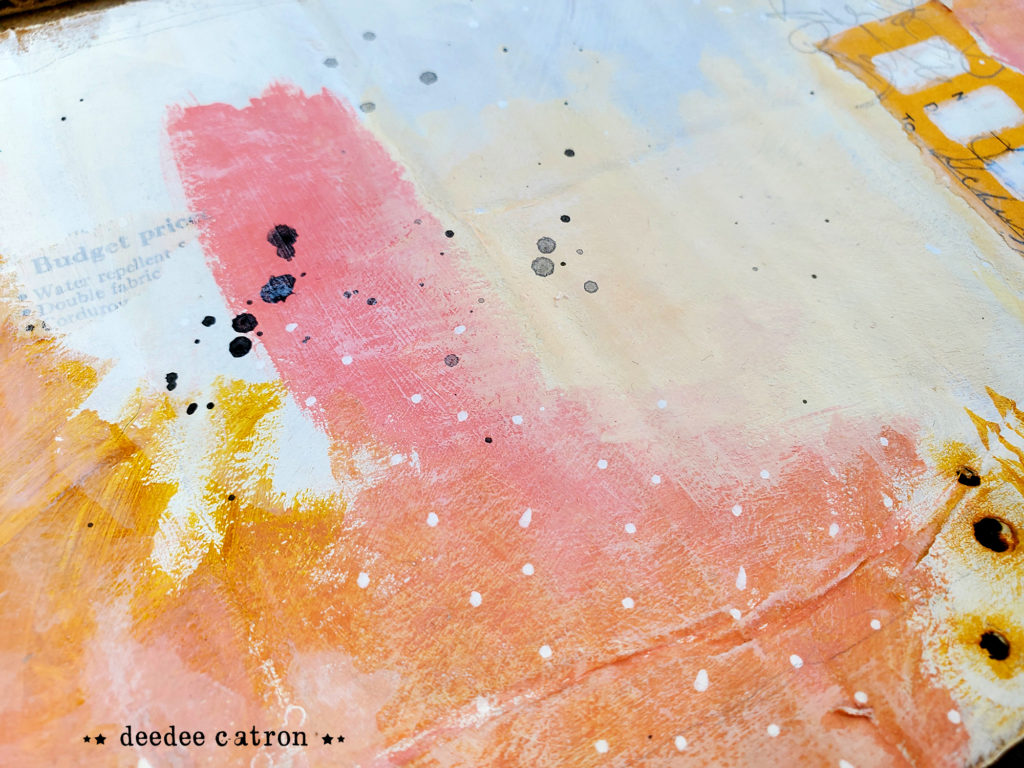 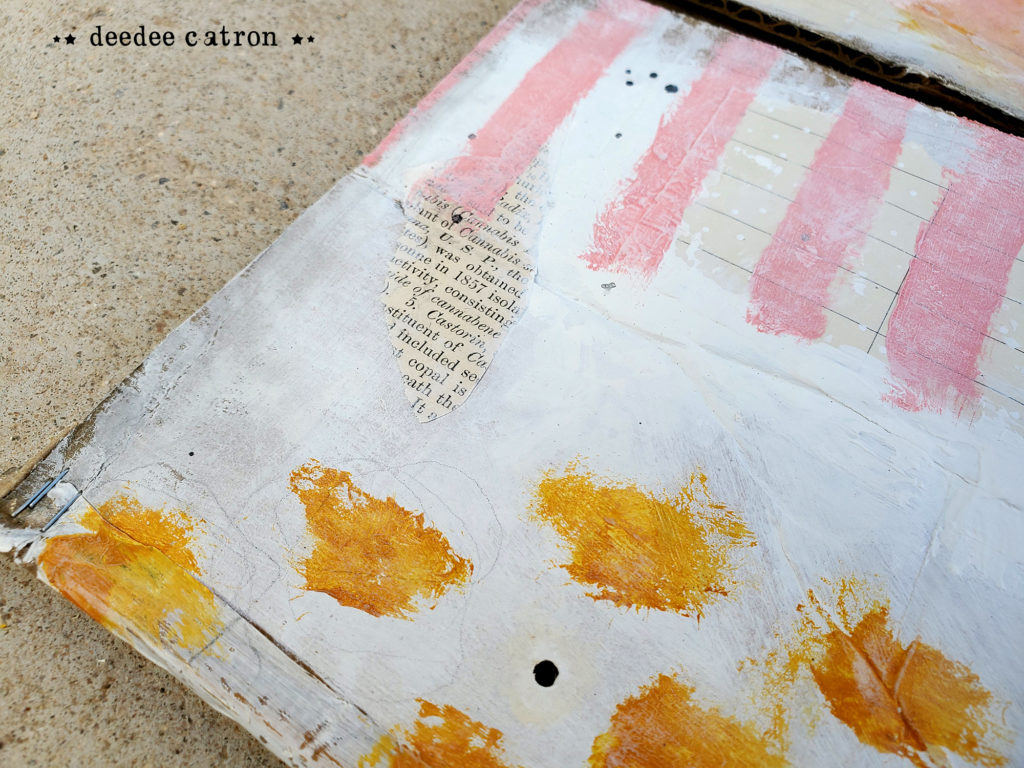 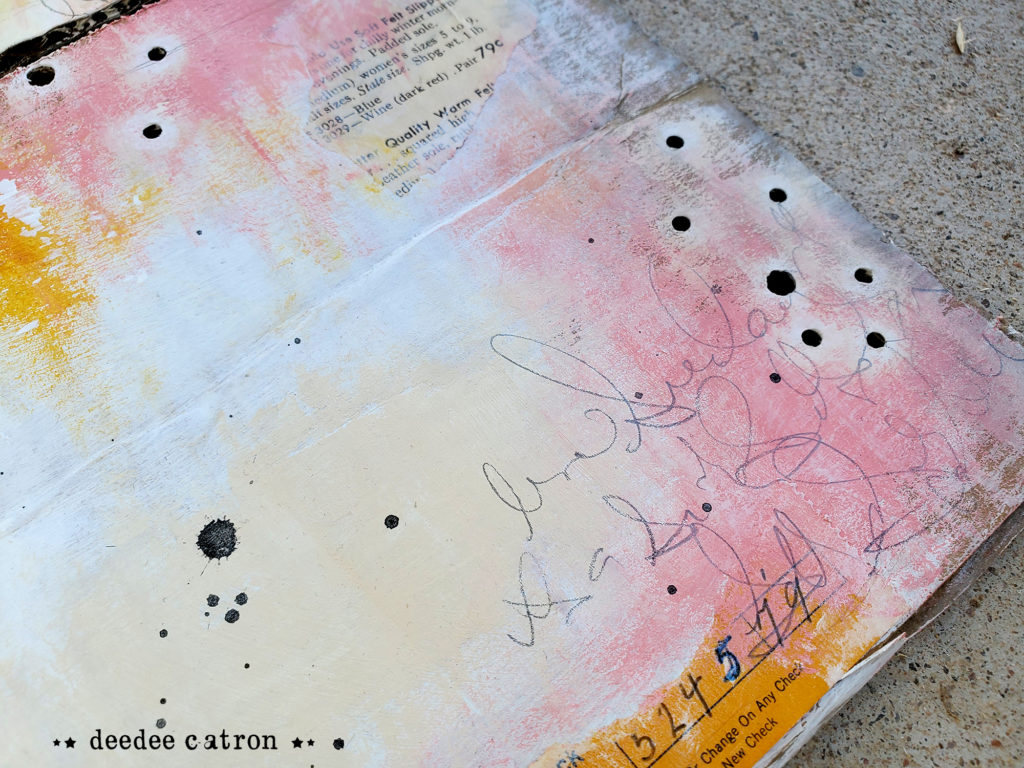 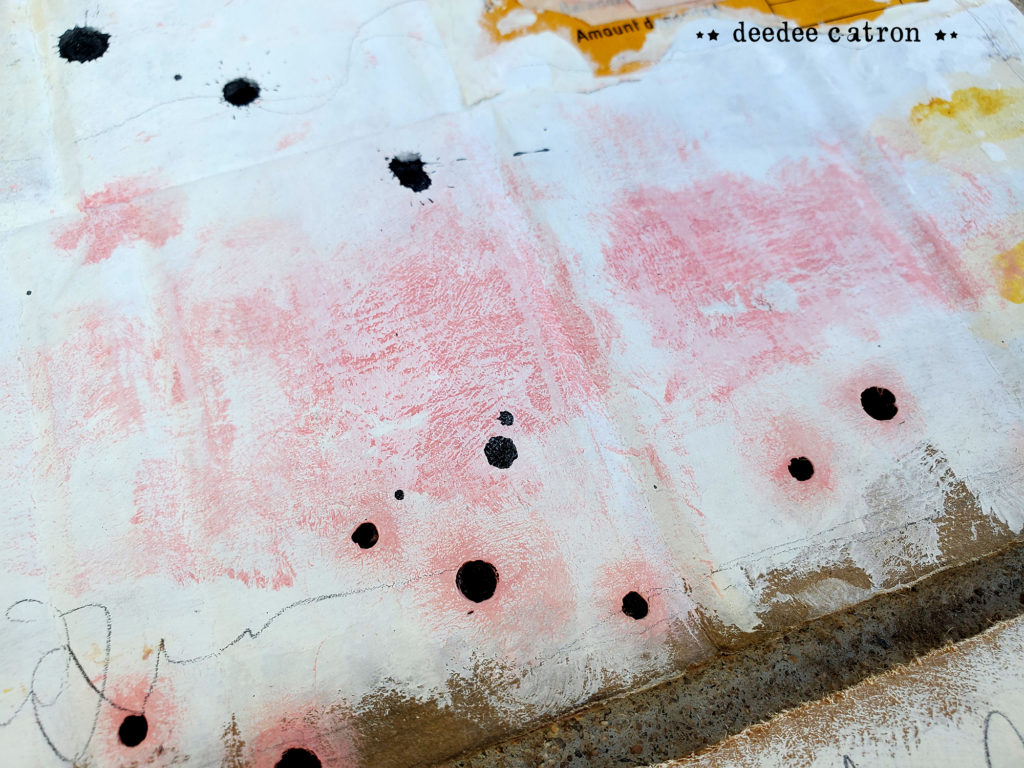 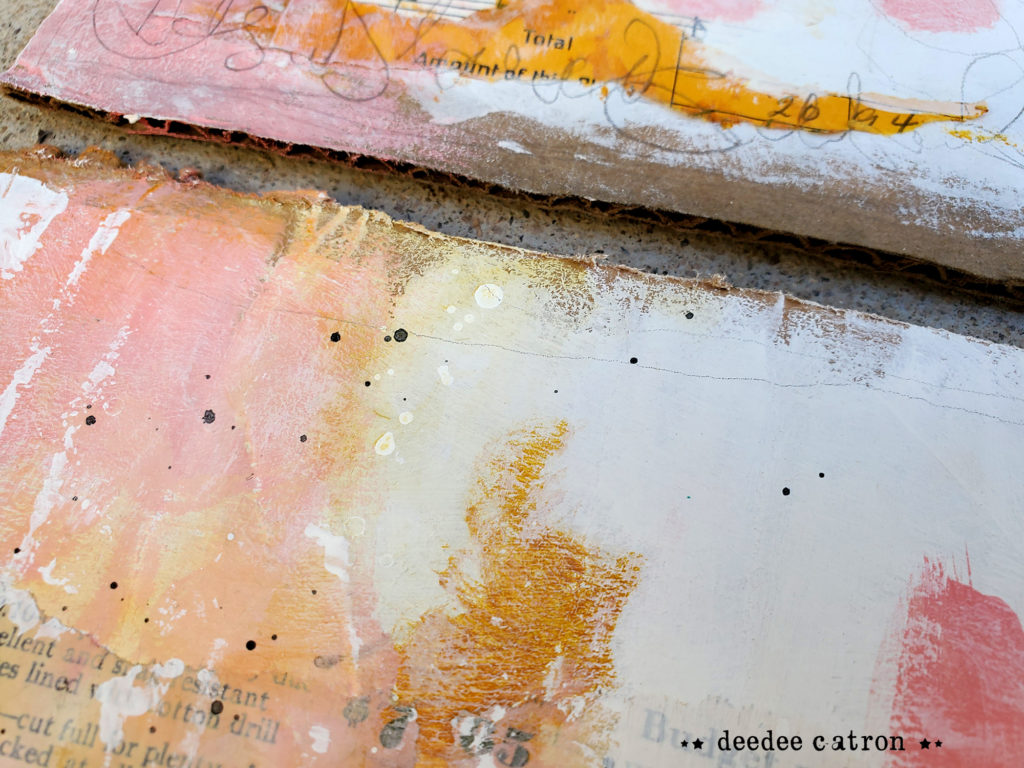 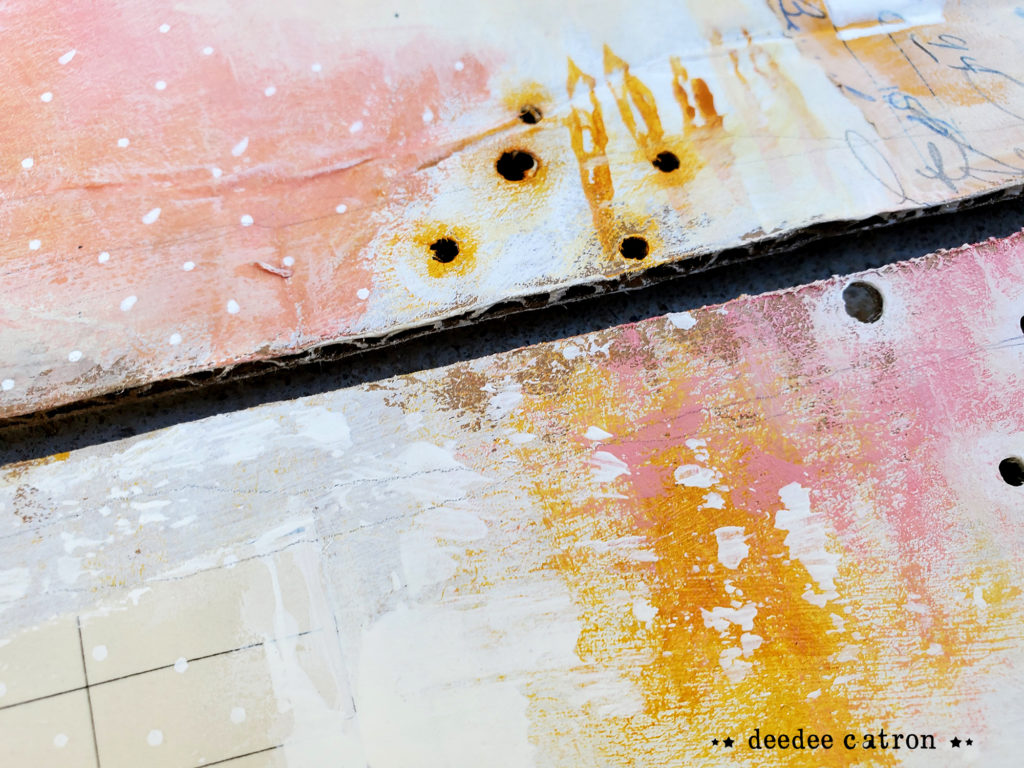